… consisting of 18 islands, is situated in the Northern Atlantic. I spent one week there and visited 8 of them.  Also and perhaps just in autumn, the rugged and rough nature in constantly changing light beguile the eye. The scenery, often characterized by strong contrasts, finds its photographic equivalent in the monochrome realization, which emphasizes landscape structures and partially amplifies lighting situations dramatically. The 20-image series was created on the islands: Vágar, Streymoy, Eysturoy, Kunoy, Borðoy, Viðoy, Svínoy and Fugloy. 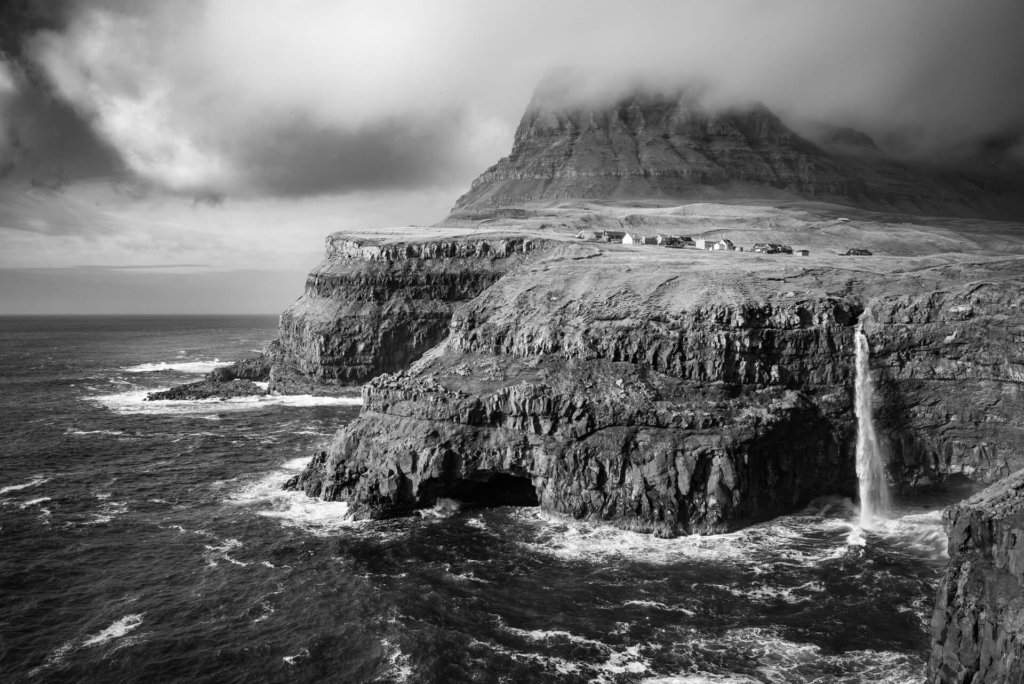