Central Saxony, in the sense of this small photographic field trip, is wider than the Saxon district of the same name. A region was roamed, which is bordered by the Elbe river between Dresden and Torgau in the east and between Chemnitz and Leipzig in the west. At the center of my observations were small and medium-sized towns, whose names are not unknown from signposts along the A4 and A14 motorways or as railway stations, but so far have mostly been blind spots on my visual map.

Most of these cities and towns have in common an almost perfectly refurbished center – at least the marketplace, thanks to the money invested over the past 30 years. This condition is probably been unparalleled in the history of these places. Most of the time, the splendor that pleases the viewers eye is not a publicly displayed wealth; rather, the whitewash applied covers the problems of a region that has been struggling with deindustrialization and emigration since the early 1990s.

Without looking for it, one comes across evidence and relics of decay, especially of older dates, in many places, but also objects whose origins lie in more recent times. To depict some facets of this contradiction was the goal of a multi-day trip through a region that was previously almost unknown to me. The results of my photographic notes are summarized in two series. 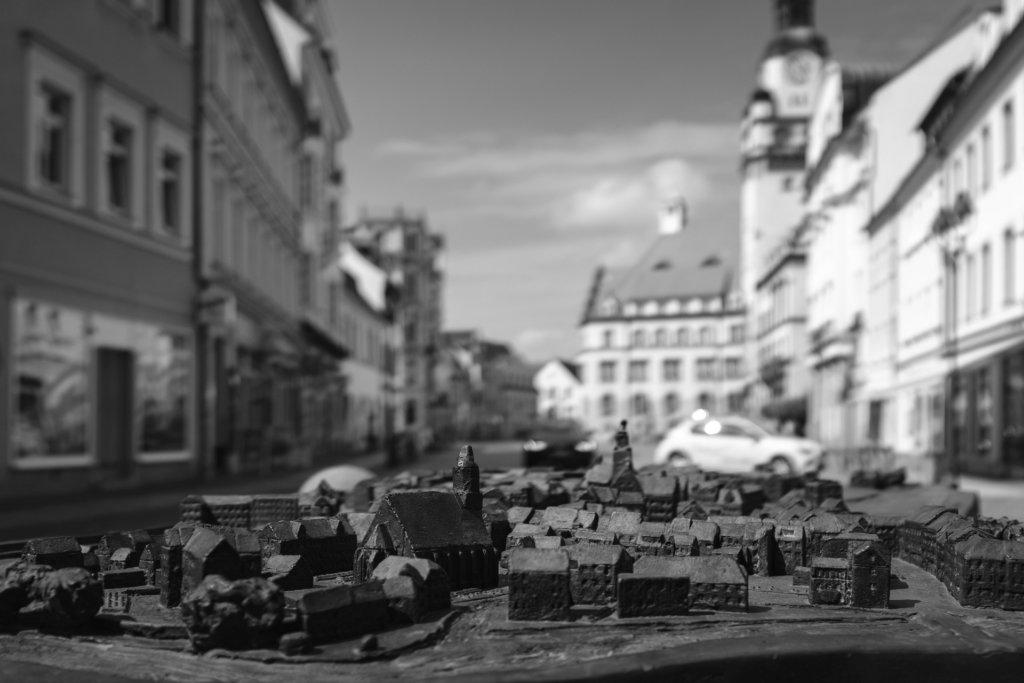 The following pages provide a location-based index of the photographs.